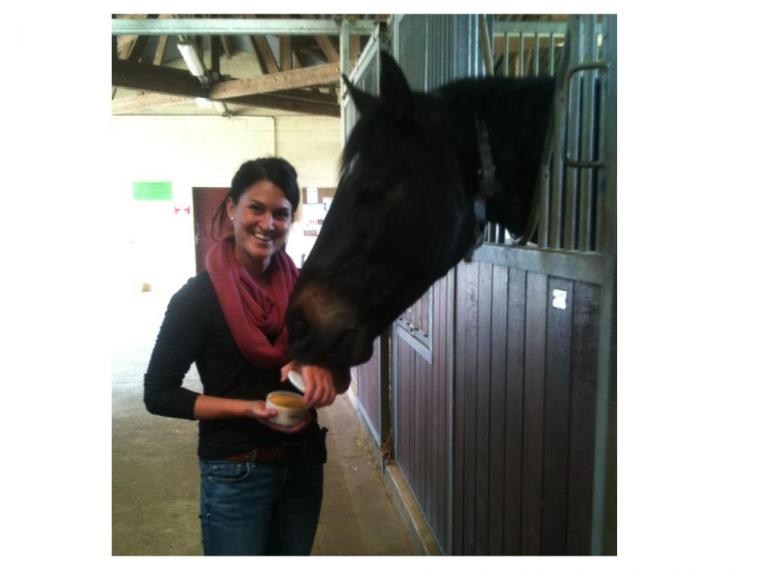 Cléo has a BSc Honors in Biology and a major in psychology from the University of Ottawa. During her undergraduate degree, she focused mainly on neuroscience and physiology, which lead her to complete a fourth year Honors research project during which she investigated the influence of gill remodeling on the adrenergic stress response in the goldfish. Her interest in animal welfare began during a OUPFB Whale and Dolphin Conservation field course, where a visit to a Hong Kong marine park, combined with field work on wild dolphins, instilled in her a desire to improve the well-being of both coastal and captive cetaceans. In pursuit of a project that would allow her to integrate both her interest in welfare and her passion for behavioral psychology and neurophysiology, Cléo joined Dr.Mason’s team, whose research incorporates both animal welfare and neuroscience. Her MSc project aims to determine whether sub-optimal housing can induce depression-like states in working horses. She will complete her project in Rennes, France, with the collaboration and support of the EthOs group, lead by Dr.Hausberger.